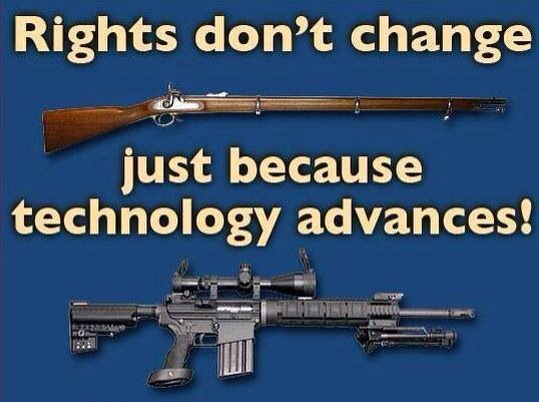 A Government Authorized and Not Imposed

As a City Councilman for Mauldin, South Carolina, I would like to commend and thank you for withdrawing your ordinance on gun ownership.

A government exists in only one of two forms: imposed or authorized.

When a government is imposed, it is through force, by one group who wishes to rule upon another. That second group, if they are defenseless, is faced with slavery, whether de facto or real, or bloody death.

Only one peoples have ever established and authorized a government to act on their behalf in specific, limited ways: the United States. Through the Bill of Rights they forced and required that government to stay cognizant of their rights (which _precede_ the Constitution) - and their ultimate authority over it.

That authority is not only defined by certain processes defined in the Constitution, but also by the fact that, when the Constitution becomes so corrupted as to cease to have meaning, citizens must have the power (as noted in the Declaration of Independence) to abolish that government, and establish its successor. That power necessarily includes arms suitable to that unfortunate task.

Those who oppose the inherent individual's right to own those arms are, wittingly or not, sanctioning the existence of a dictatorial government imposed through power - and so thereby an end to the freedom which America represents - that which has been its unique hallmark, as well as a beacon of hope to all the peoples of the world (and thus a bane to every other government on the planet: Europe, Asia, Africa, and the Americas). They forget - or hope we forget - that rights are natural and irrevocable; that the Constitution only acknowledges and reminds those who govern of those rights.

Just as I am aware as a City Councilman, you as County Commissioners are aware that you represent your constituents. You have sworn to uphold the U.S. Constitution when you took your office, and thereby have (implicitly or explicitly) recognized and acknowledged the natural rights of the people you represent.

You can be proud that you have stood on this "front lines" of one small battle for freedom (for political battles save us all from violent ones), and emerged victorious.

Hold your heads high; stand tall, and continue to vote with that same integrity in the future, for, as experienced by the Founding Fathers, the World watches what we do.