Joan Patricia Kauffman Crosby
made her final flight into the sunset this evening, about 11:00 p.m., on this 18th day of October, 2017.
She was 90 years, nine months, and one day old.   She had been ill, and her passing was not unexpected.

The plans are for cremation, and a burial service this summer, on Chebeague Island, Maine. 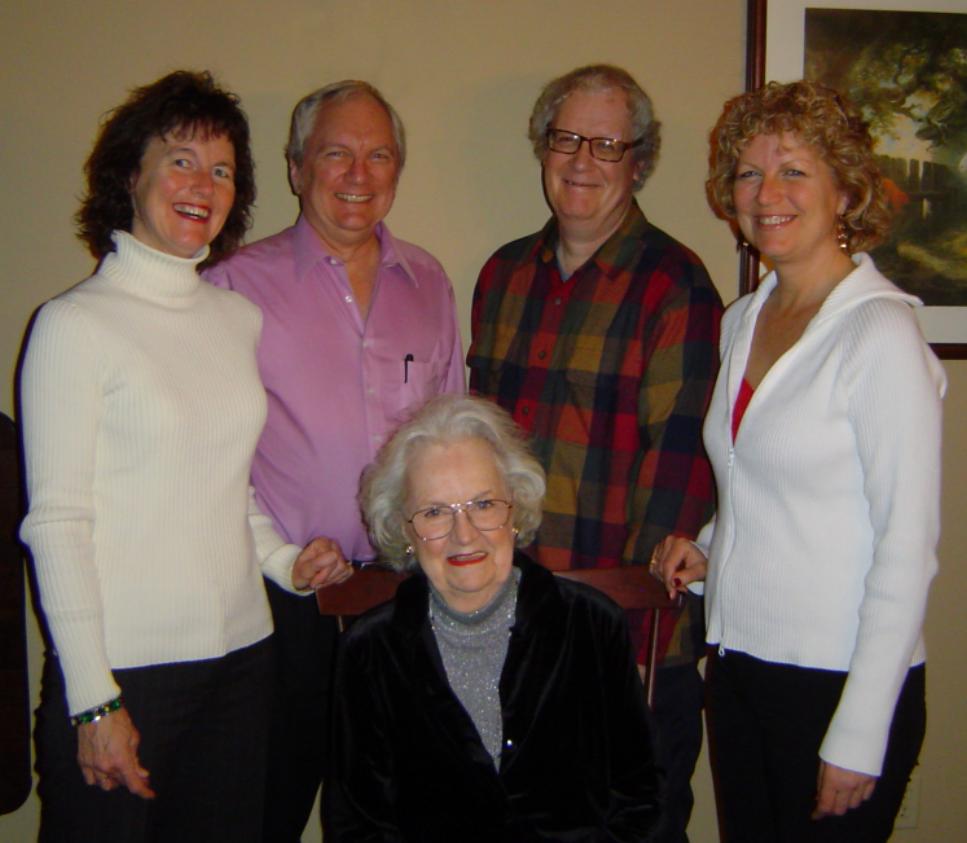 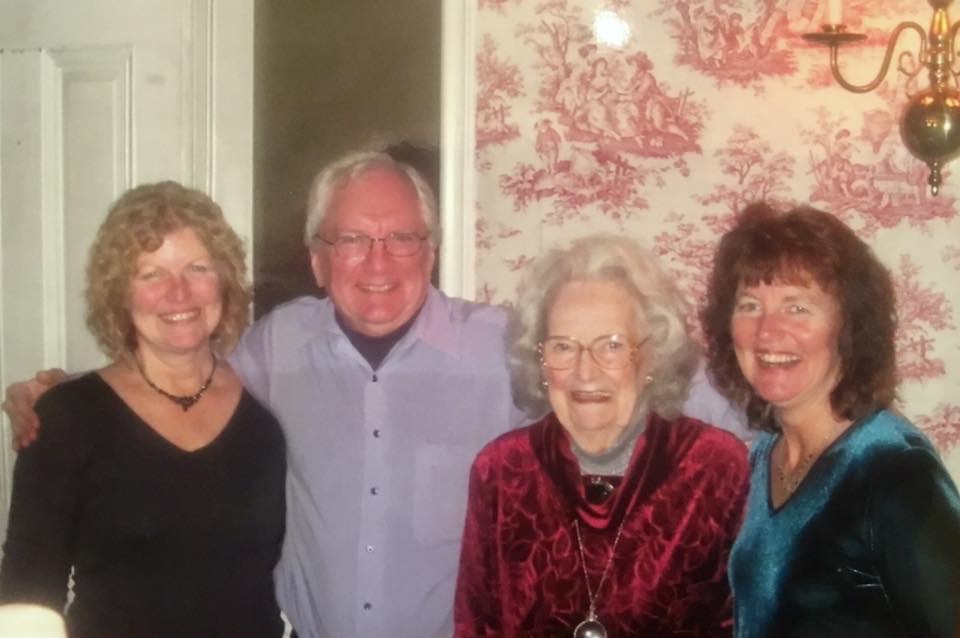 Tonight, October 18th, 2017, she took her last flight, off into the sunset.   May this great Mother and Pilot find the air smooth, and the lift strong beneath her wings, in whatever winds she finds, and wherever her final flight now takes her. 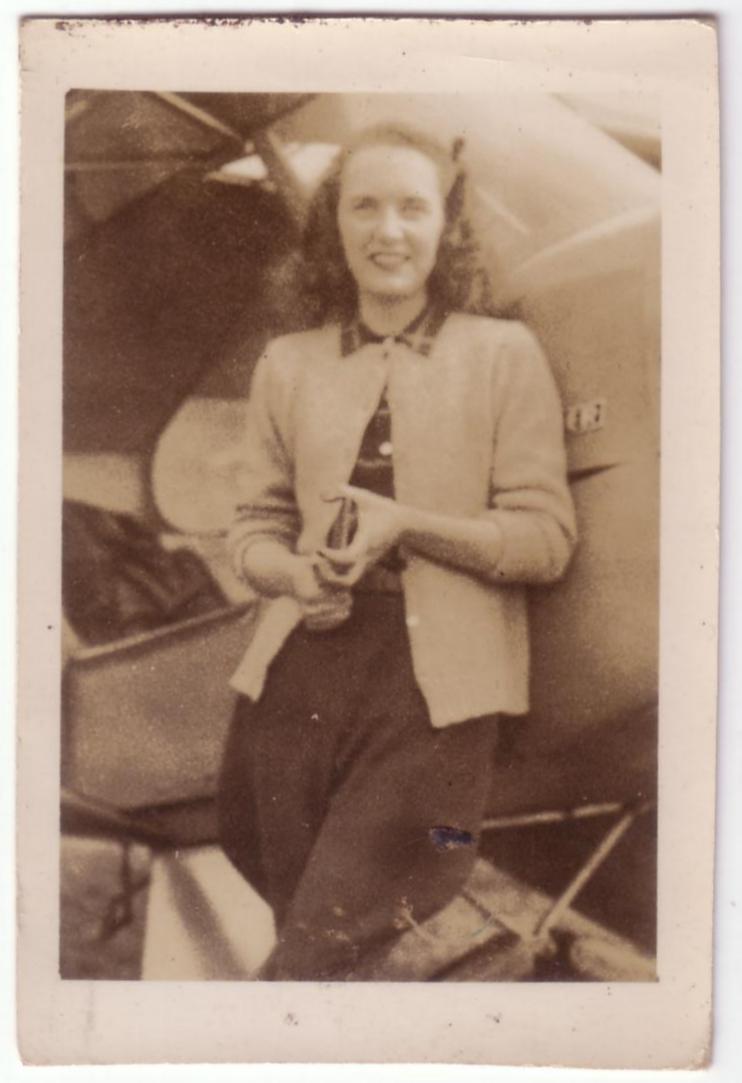 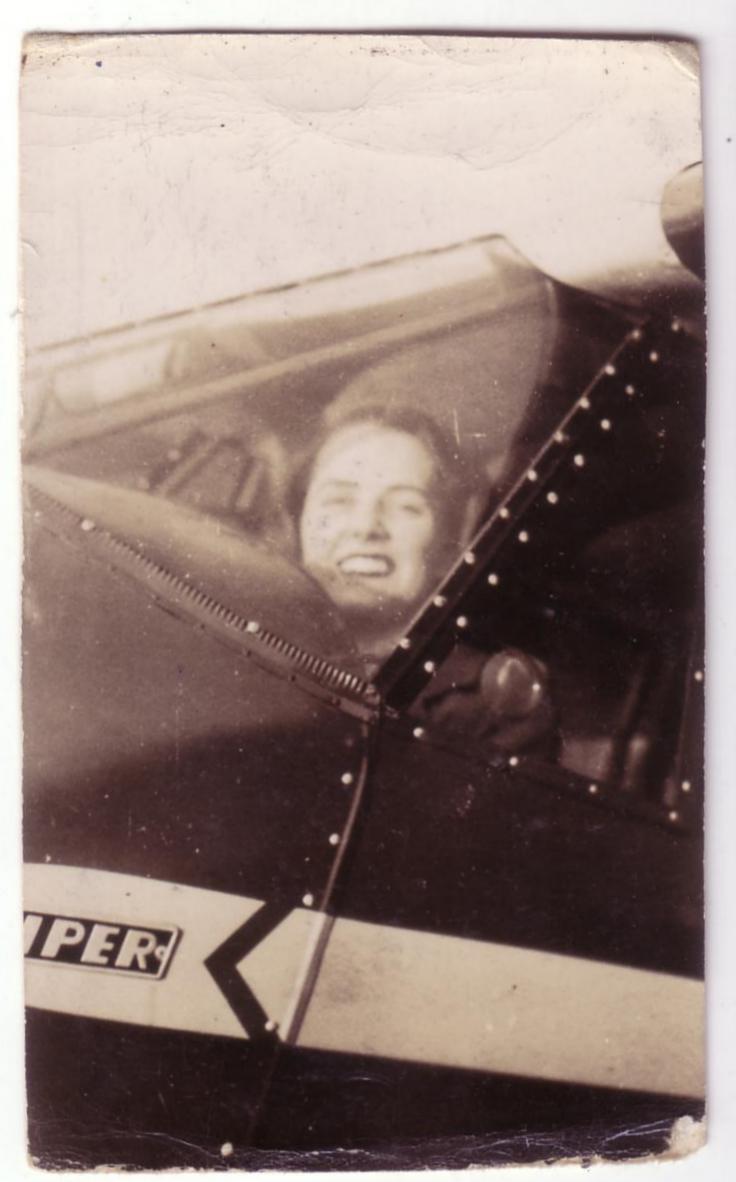 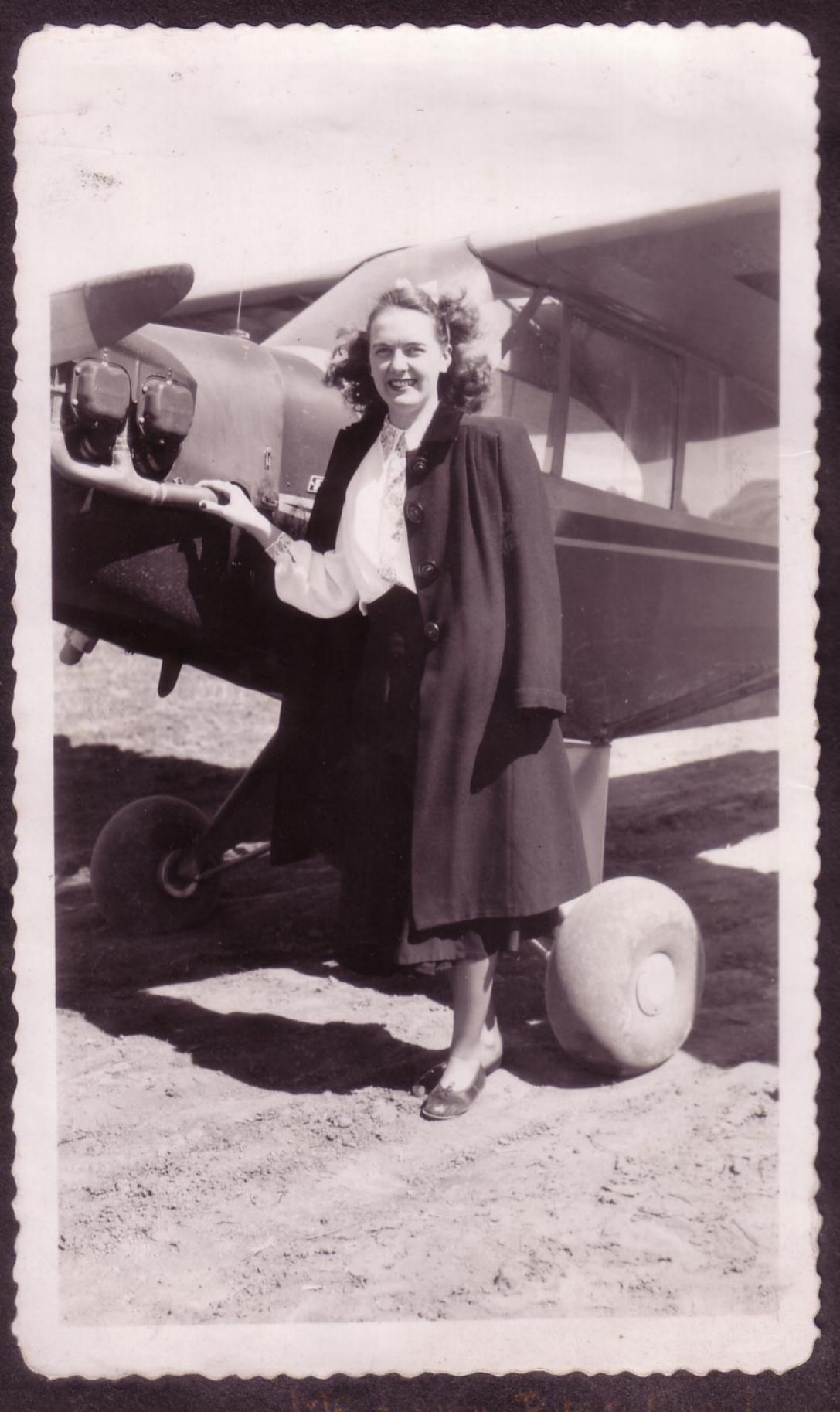 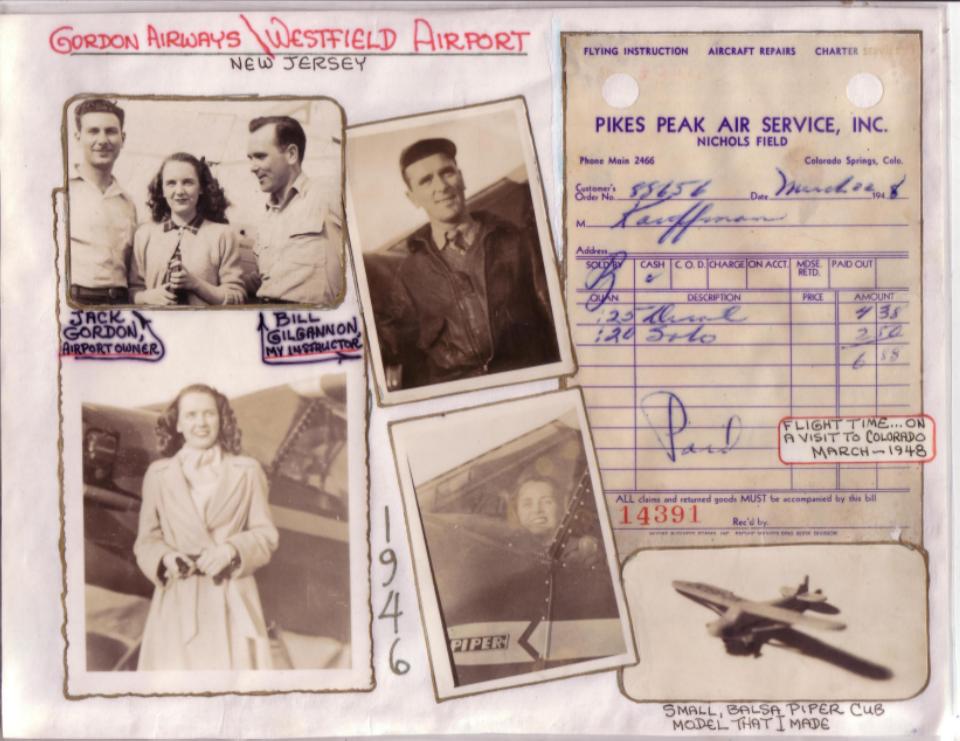 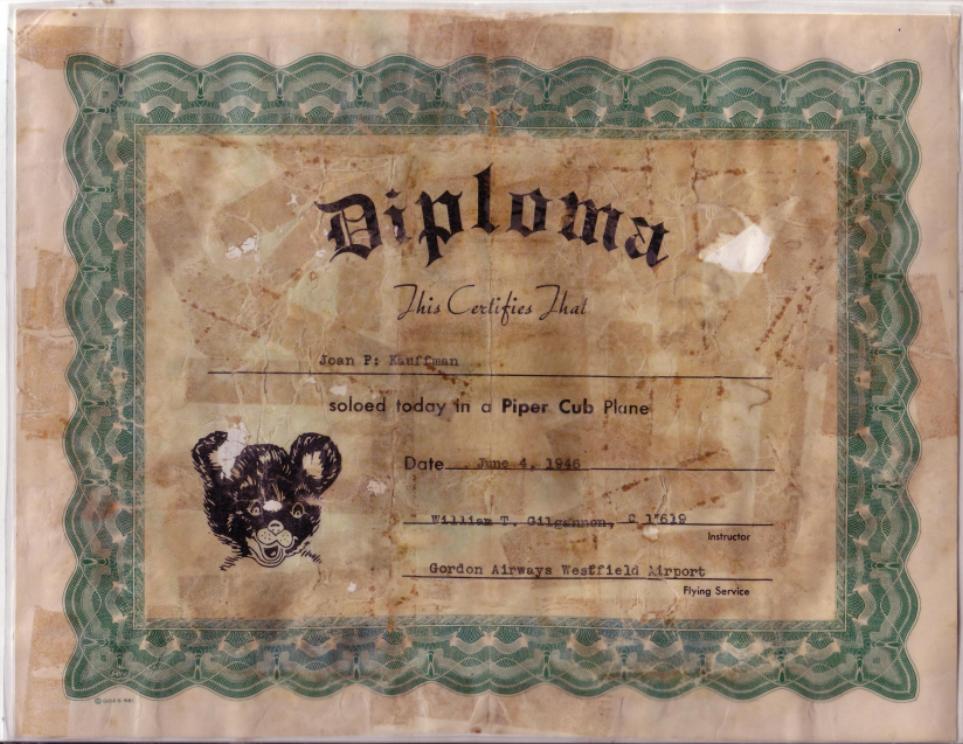 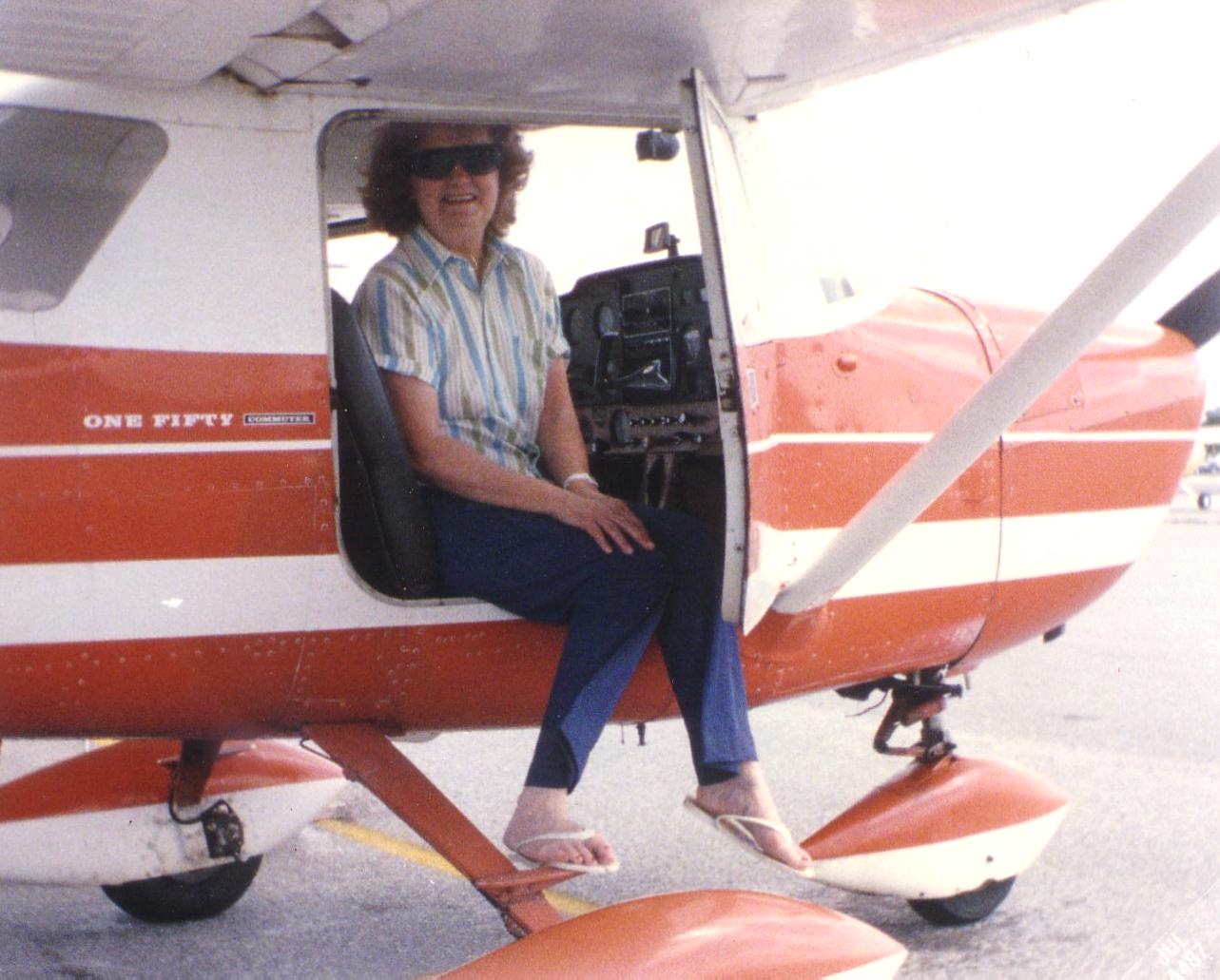 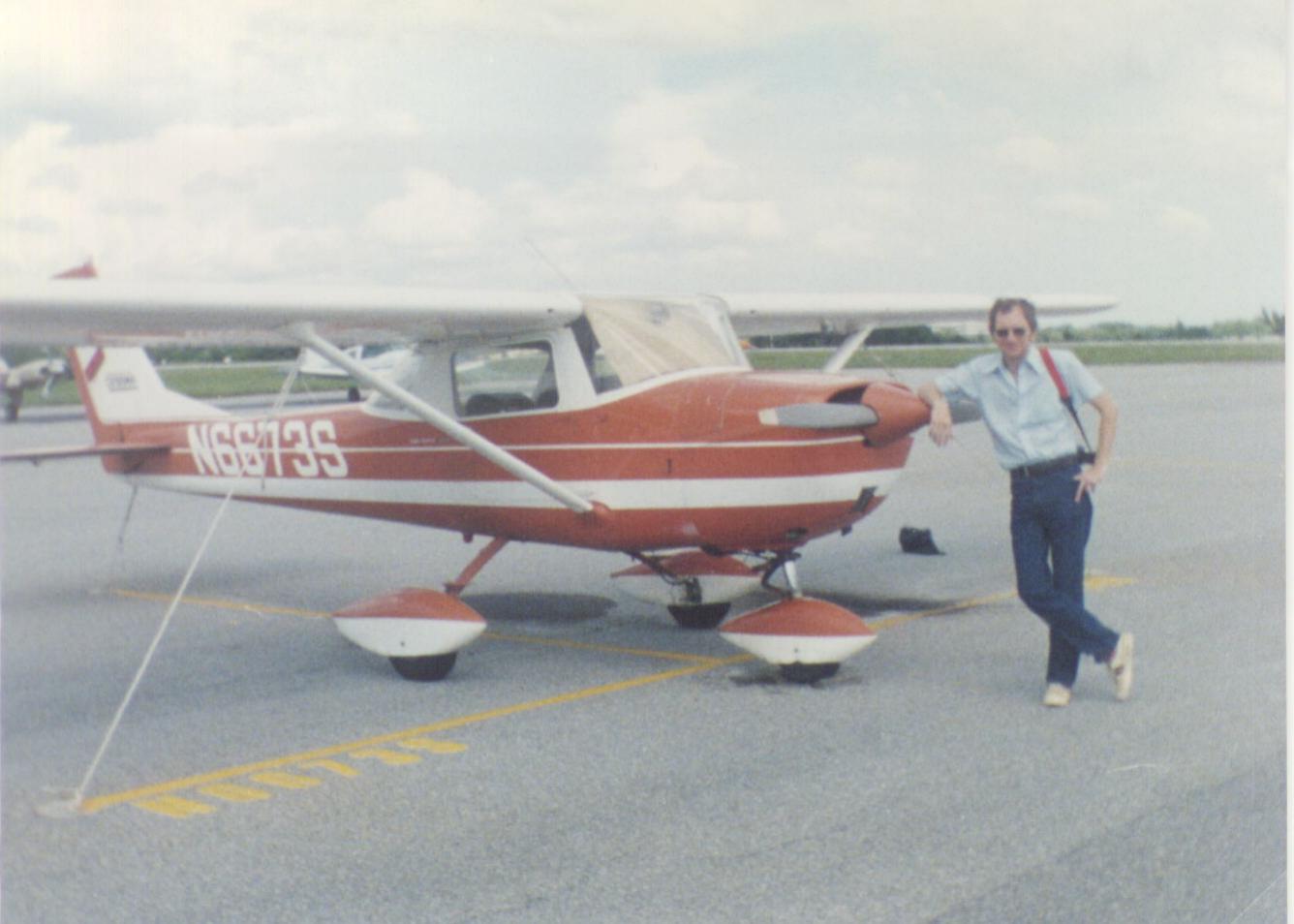 Ten years after those flights in July, 1987, I wrote an article on my Mother's return to the skies.
It was published by AOPA Pilot magazine, in their November, 1998 issue. 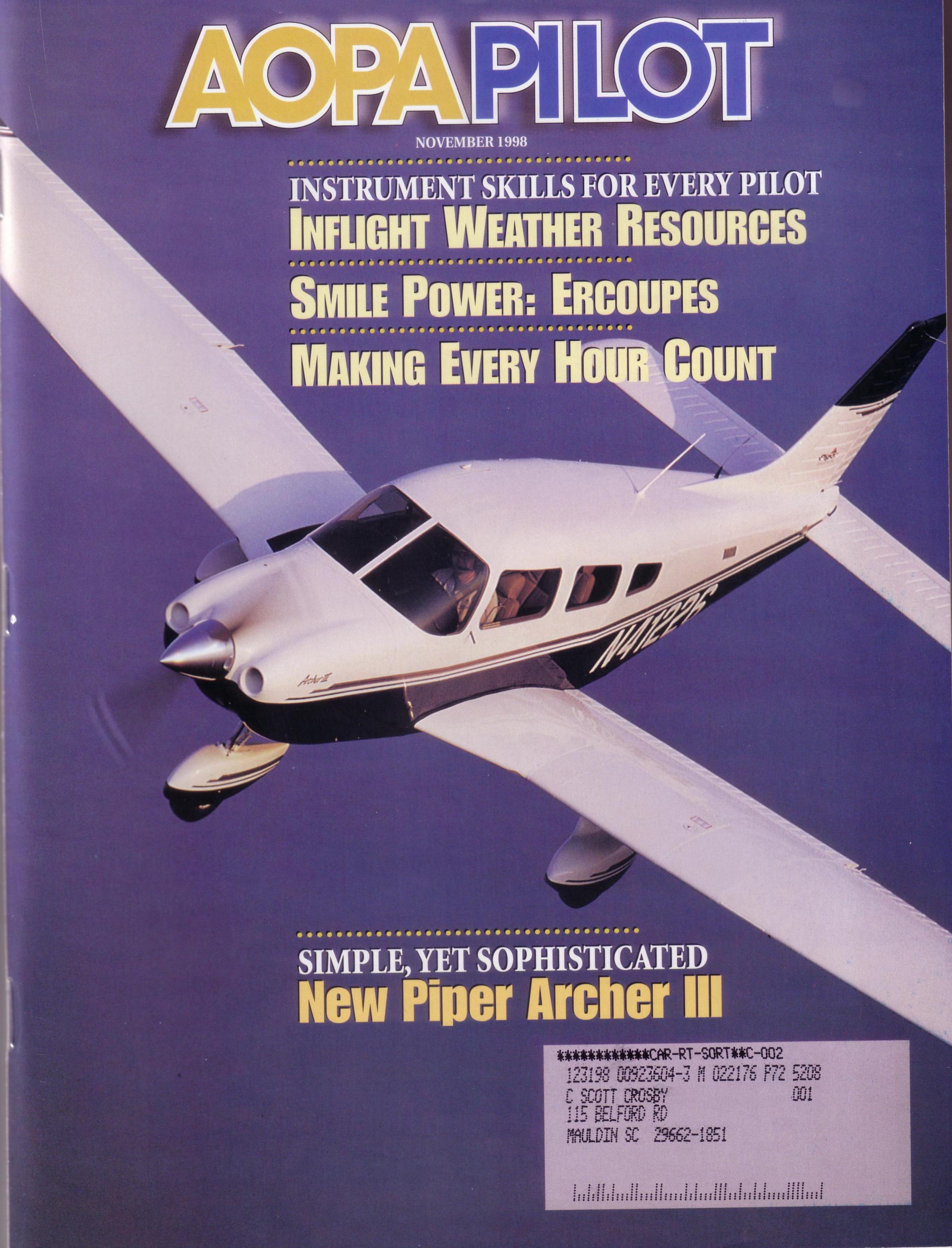 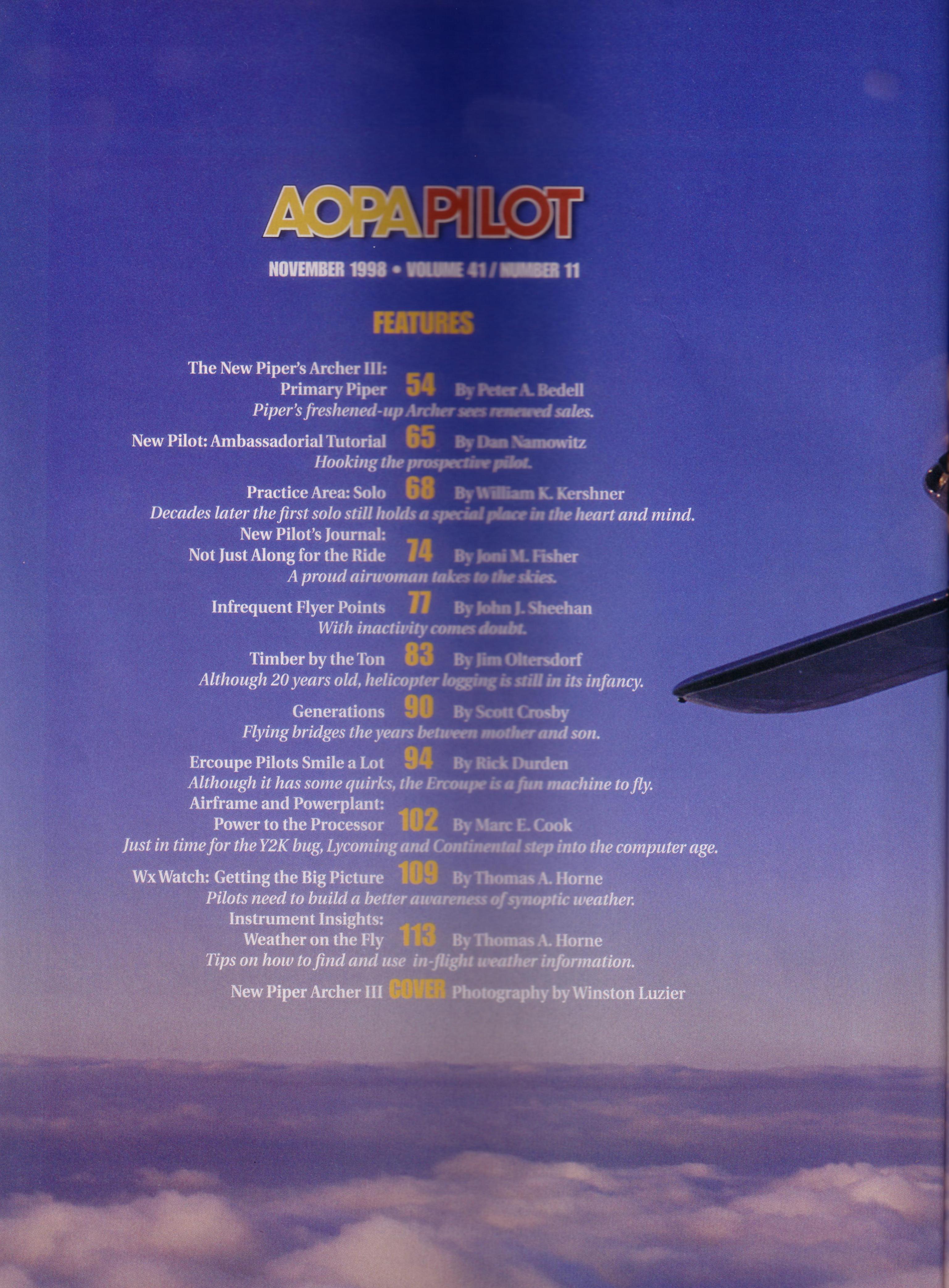 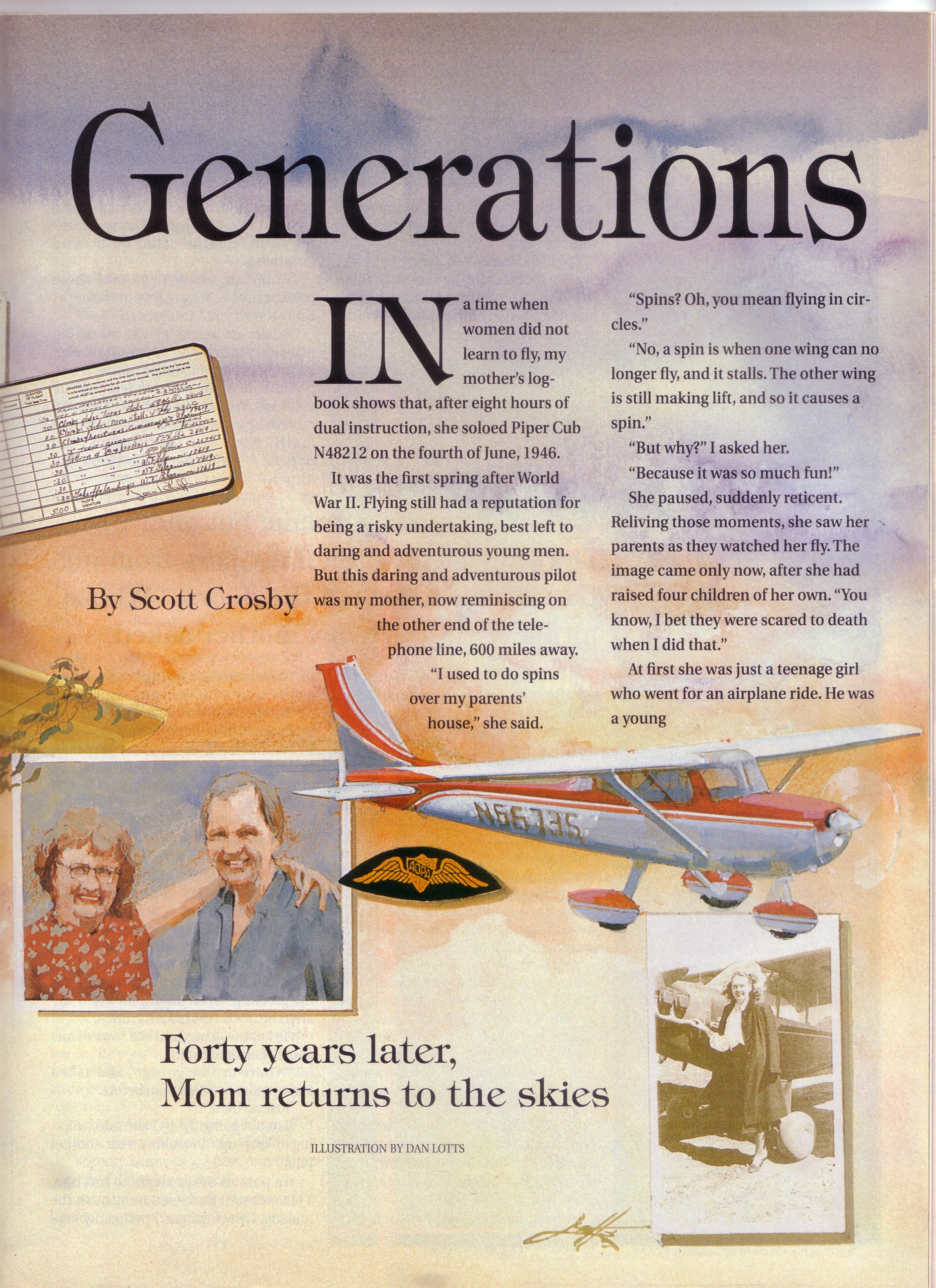 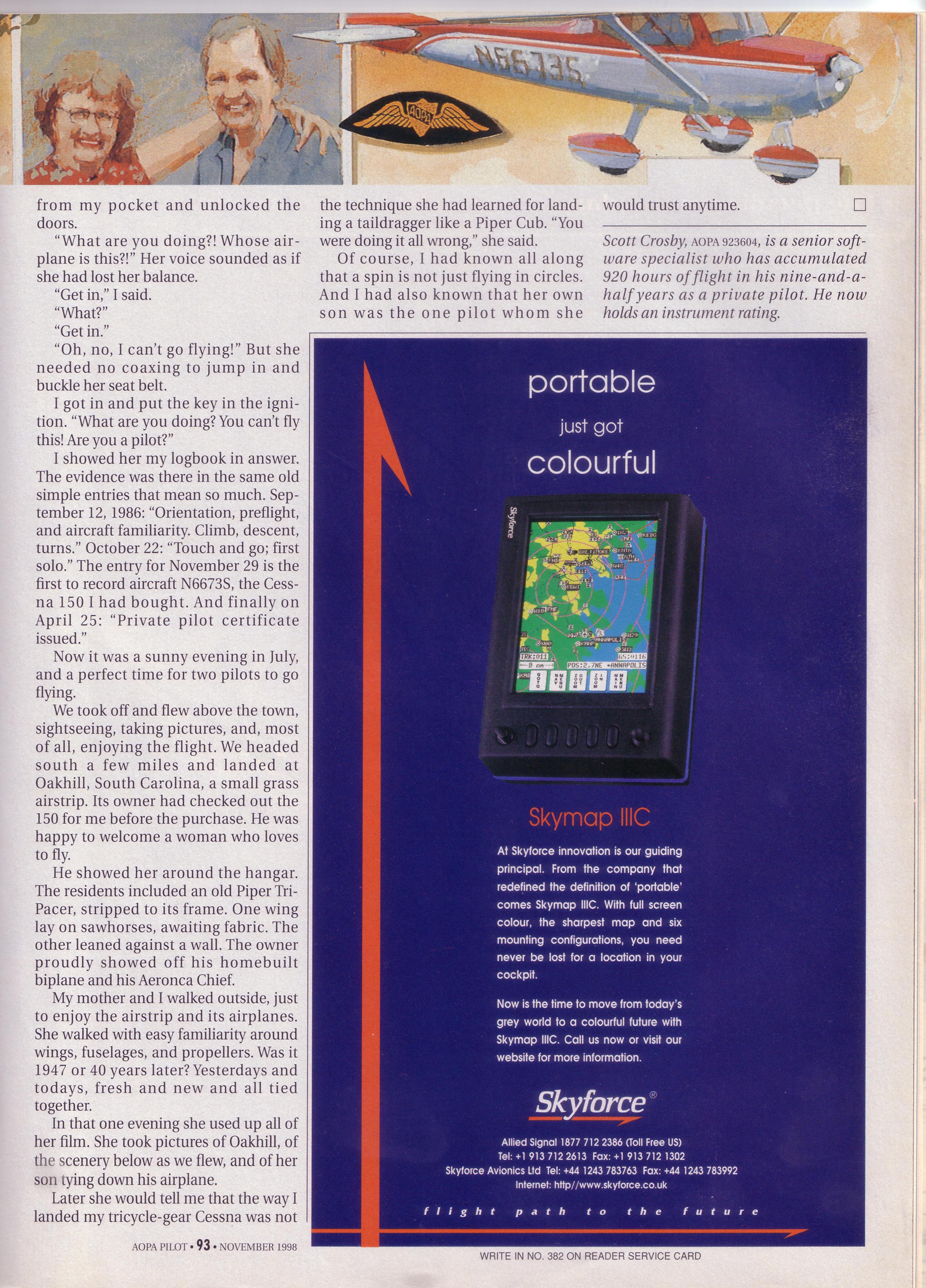 Memorial for a great Pilot and Mother