News and Information
by Date:

Hillsborough residents
who have worked for
the City of Mauldin

Hillsborough - the community of homes east of Old Mill Road 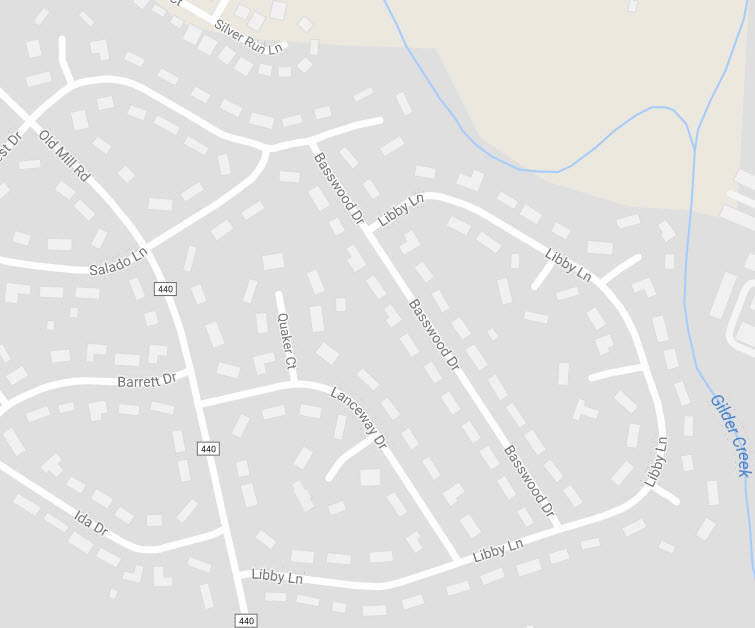 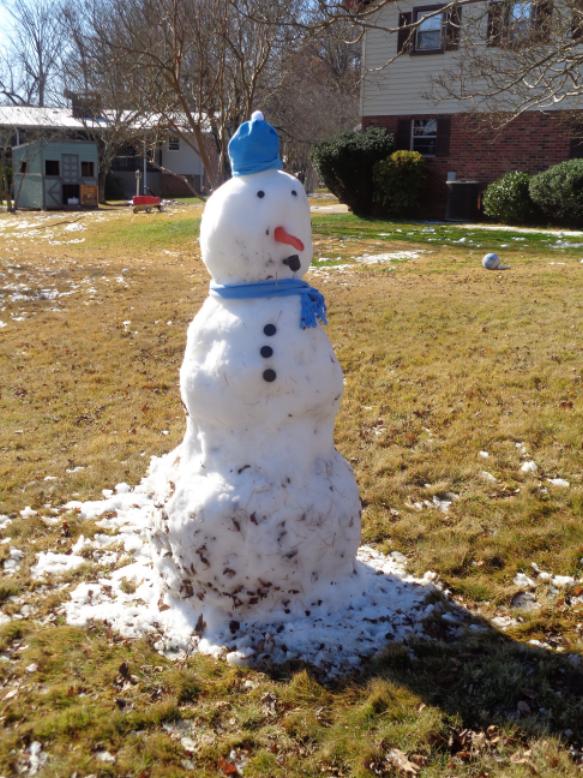 Halloween is coming!   Trick or Treat!

A new generation of Hillsborough youngsters is old enough to Trick or Treat in the neighborhood.   If you are like us, you are used to getting a bunch of teenagers at the door, with no costumes - and so you shut off the light by the door, and make like you are not at home.

We are planning on setting a date and time, and having an hour or two when parents can take their kids door-to-door in Hillsborough, and know that they will be welcomed and have a good time.

If you have a preference, let us know.   Halloween (the 31st) is on a Tuesday.   Check back here to know the schedule for Hillsborough Tricks & Treats.


What's That They Are Building Up At the Corner of Old Mill and Miller?

That corner will be 18 townhomes.   It is being put up by the Greenville County Redevelopment Authority.   A large number of the townhomes will be devoted to teachers, police, and fire, helping people in those great professions when they are just starting out in their careers.

Below is the press release, from December 2016.   That's me in the picture of the groundbreaking ceremony, in the tan jacket and third from the left, intent on filling my shovel with dirt and forgetting to look up at the camera.

GCRA and the City of Mauldin SC Government were thrilled to celebrate the official kickoff of the site clearance and infrastructure phase for Miller Place Court, which will be the home of 18 units of affordable rental housing at the corner of Miller and Old Mill Roads.

The groundbreaking ceremony, which took place December 15th at the corner of Old Mill and Miller Rds., had over a dozen officials in attendance. including Mauldin Mayor Dennis Raines and County Council members Fred Payne and Liz Seman, Mauldin City Council member Scott Crosby, and City Administrator Trey Eubanks. The groundbreaking also featured Countybank, as the primary financer of the nine duplex project and special recognition to LS3P Associates Ltd. for the design.

The nine duplexes located on over two acres will provide affordable housing for 18 families in a mixed income community. The three bedroom two bath units will range from $600-$800 per month.

In Greenville County, affordable housing for working families is in tremendous need, and families will be able to stay here in Greenville County and afford where they live, Stan Wilson, GCRA Executive Director said. We plan to do something like this in other communities as well.

The next phase for the development is infrastructure improvement, to be completed by Raby Construction and is set to open in 2018.

The latest news from City Hall about Libby Lane:

Only one home remains standing on Libby Lane that is covered by the grant, 208 Libby Lane.   206 Libby Lane was not included in the grant.

All homes included in the grant for removal following the sale were required to have an asbestos survey completed.   All homes were positive for asbestos and had to undergo abatement.   Once the survey and abatement are completed, the house at 208 will be removed, making the grant work complete.

Just last week, another opportunity to apply for FEMA grants was opened.   It may be possible for the City to apply for funding to purchase and remove 206 Libby Lane so the area around the proposed park is free and clear of structures.

At the second meeting, several issues were discussed.

A concern was raised about street lighting in the Cameo Court cul-de-sac, and people parking there after dark.

Parking on the other side of Gilder Creek, reachable from Easst Butler, was again the prevailing preference.   Cameo Court should be closed off.   A roof and picnic benches should be added to the circle, making a good protective area for picnics, birthday parties, etc.

Some kind of barrier was suggested to assure children playing at the picnic site would be unable to run out into the street, etc.

A larger-area map was requested, vs. the one below.

The schedule was requested about the timing of bids and the tearing down of the homes that are to be removed.

City Council member Scott Crosby passed out a sheet containing the map and FEMA rules for the area, as shown below. 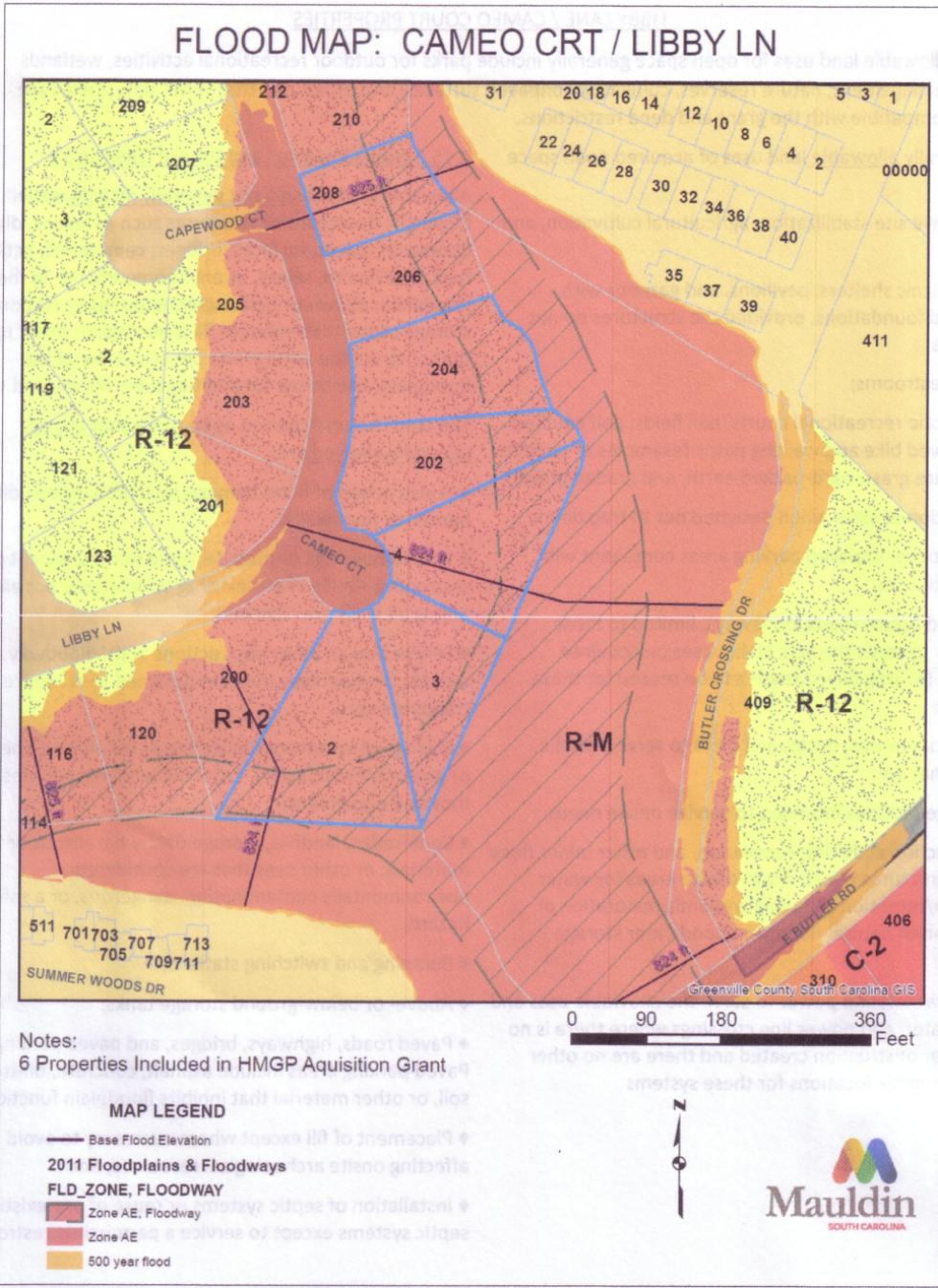 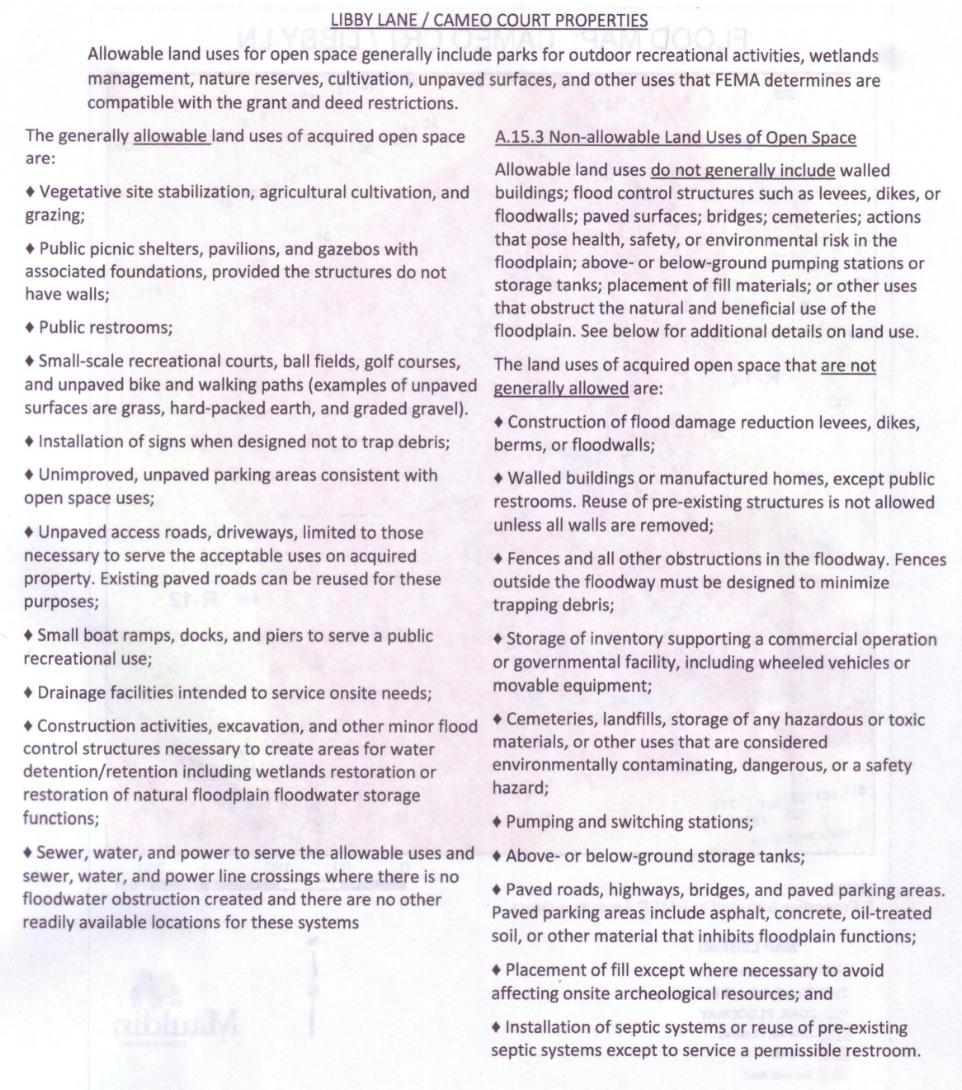 We met for the first time at Cameo Court.   The meeting was organized by Rodney Neeley.   About a dozen residents attended.

The main point of discussion in our first meeting was what would happen to the houses on Libby Lane and Cameo Court.

The fact that the street light at Cameo Court is not working was noted.   Mauldin Police Segeant Sam Harrell made a note and will report the outage per standard procedure.

A related question is what will happen to the area after the houses are gone.   Given the FEMA rules, the most likely scenario is turning the area into a passive park.   Most agreed that Cameo Court should be closed off, and not used as public parking.   Public access to the new park should be constructed from East Butler Road.   A footbridge across Gilder Creek to provide access to both sides of the new park will likely be constructed.


Hillsborough residents who work for the City of Mauldin

The Hillsborough community has been well-represented in the Mauldin city government over the years.

Joel Brockman of hadecrest Drive formerly sat on the Mauldin Zoning Board of Appeals.

Sam Harrell at Basswood Drive is a Sergeant in the Mauldin Police Department.

I am Scott Crosby of Shadecrest Drive.   I served as a Mauldin City Councilman from 2012 through 2019.   See the Mauldin news webpage for information and news about the City.